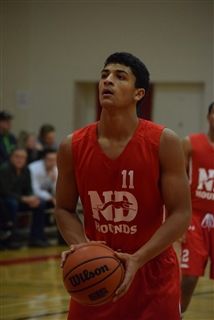 The class of 2018 is projected to be the strongest ever, in Canadian basketball. To provide context, its a top-heavy class with NBA prospects, however includes the necessary depth to earn the title of “strongest ever.”

#9 Jashon Henry – Highest Riser in the Rankings
Ja'shon Henry has made the biggest jump in the rankings as a result of the treacherous hours he spent doing two-a-days all summer. Henry is the first NPH Top-10 Ranked Saskatchewan player since Trey Lyles (Denver Nuggets), and the first ever coming out of a Saskatchewan high school program - Notre Dame Hounds.

Read More about Jashon at North Pole Hoops
Back