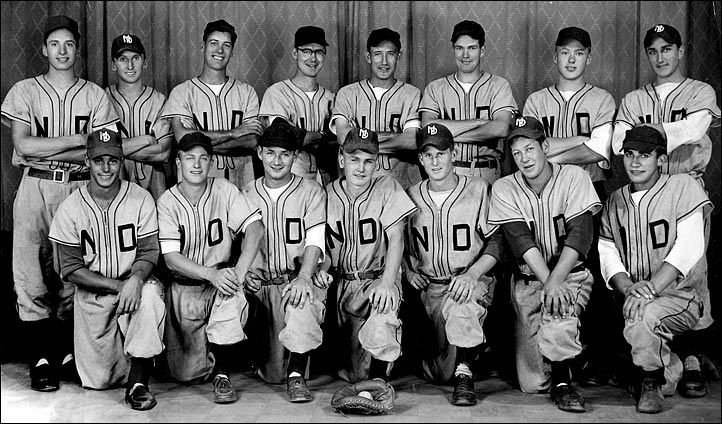 The College extends its condolences to the family and friends of Hugh Huck '58, who passed away on January 18, 2022 at the age of 85.

Hugh attended Athol Murray College of Notre Dame from 1954 to 1958, graduating with his Bachelor of Arts and playing baseball during his years as a Hound. He was considered the top centrefielder in the league and was selected for the Southern Baseball League's All-Star Team. While playing with the Hounds in 1957, Hugh played against Satchel Paige's Touring Team in Pense, Saskatchewan. He hit Satchel's first pitch for a solid single.

Hugh went on to receive his teaching degree from St. Francis Xavier and began his teaching career in 1960. The following year, he returned to Notre Dame where he taught, played and coached hockey. In 1964, he became Athletic Director, taking over from Frank Germann.

In 2010, Hugh was inducted into the Saskatchewan Baseball Hall of Fame.
Back